14 Most Popular Home Styles Across the U.S.

No matter where you live, you’ll likely encounter a wide variety of architectural home styles just by driving through your neighborhood. From extravagant to quaint, homes across the U.S. hold their own unique beauty and characteristics just like the people who inhabit them.

So, what are the most popular home styles in the U.S.? From New York, NY to Portland, OR, you don’t have to be an architect to appreciate the range of stunning house styles available on the housing market. So whether you’re in the market for a new home or just love browsing homes on your favorite real estate app, check out the 14 most popular home styles in the United States right now.

What Are the Most Popular Home Styles?

Dating back to 1932, the ranch-style home grew in popularity during the 1950s and 1960s, and is still popular today. The iconic ranch architecture is known for its simple, single-story floor plan, low-to-the-ground look, often with an open layout and occasional basement. This style of house typically has a smaller yard, attached garage, and a low-pitched roof. The ranch-style home often features large windows and sliding glass doors, encouraging an indoor-outdoor living style. A ranch can also be called a ‘rambler,’ depending on which region in the country you live in and local terminology.

Looking locally, ranch-style homes currently have the highest sale-to-list ratio in a handful of cities,  meaning this style of house is more likely to sell above the list price. These cities include Portland, OR, Phoenix, AZ, Chicago, IL, San Francisco, CA, and San Diego, CA. Each of these cities favor the rambler, with a current sale-to-list ratio of over 100%. The beloved craftsman style home became increasingly popular in the 1900s by architect and furniture designer Gustav Stickley, and has remained popular throughout the 21st century. This staple for American Architecture adds charm to any neighborhood with its exterior features, including shingles, low-pitched roofs, and covered front porches. Craftsman homes also feature recognizable interior details such as thick trim, prominent ceiling beams, and built-in shelving and seating.

Craftsman homes are a desirable home style all across the U.S., but they are often sold above list price in Oakland, CA, Seattle, WA, Atlanta, GA, and Portland, OR. Contemporary architecture is often used interchangeably when describing modern style architecture. A wide range of recently built homes are built with Contemporary-style architecture. These homes have inventive designs and simple forms without elaborate ornamentation or detail. They usually have geometric lines, large windows and doors to bring in light, and open floor plans. They often incorporate sustainable and eco-friendly building materials, textures, and components, exposed roof beams, and flat or low-pitched roofs. 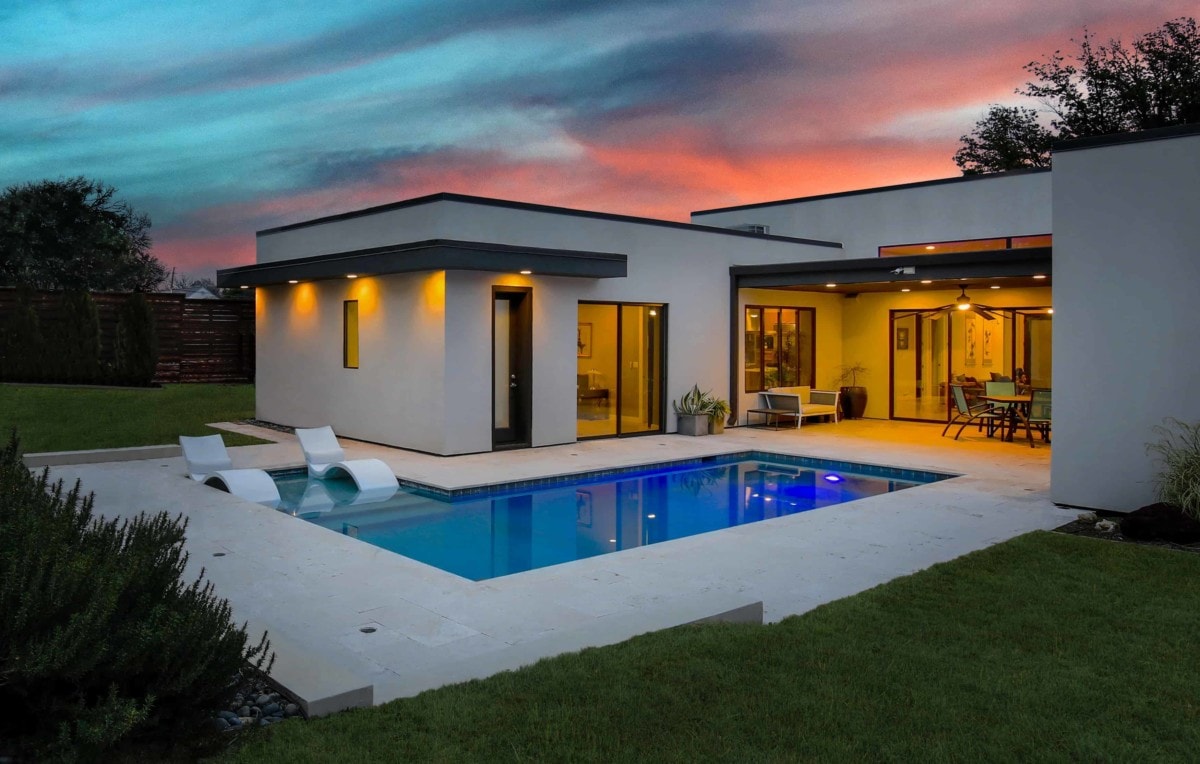 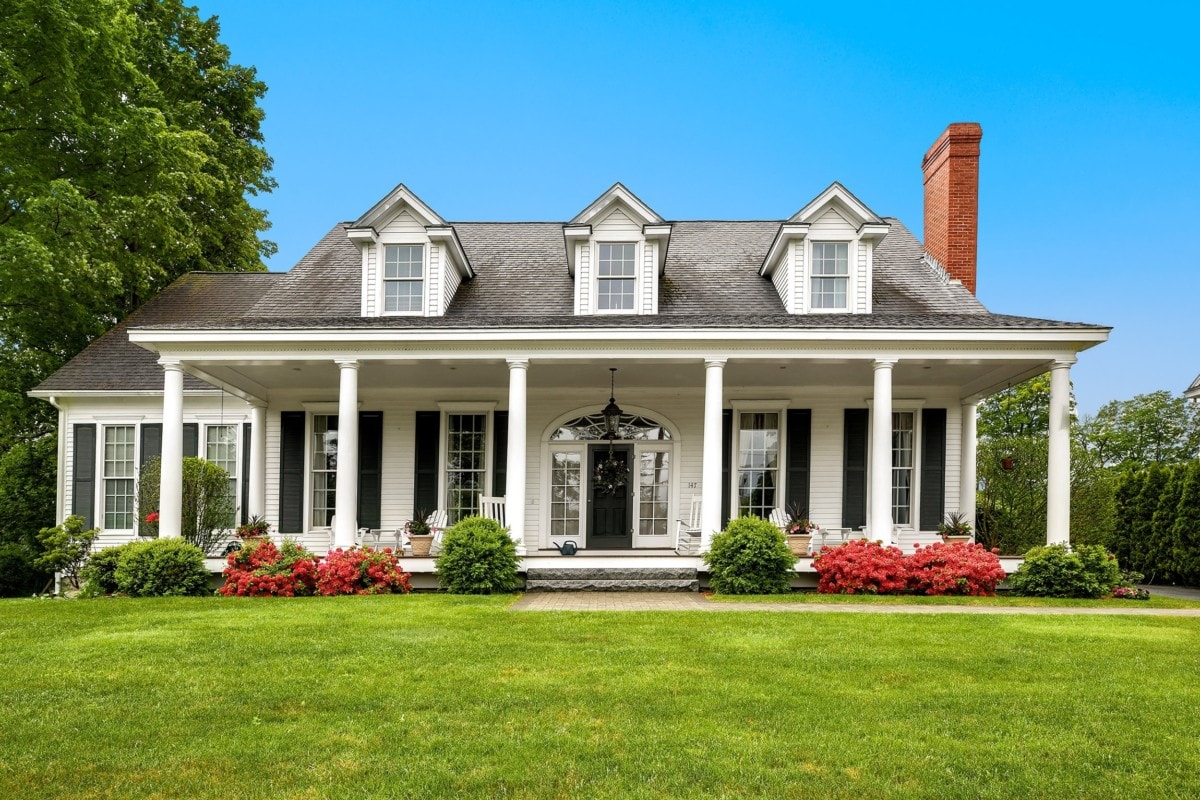 With roots dating back to 1675, the quaint and charming Cape Cod-style homes are reminiscent of the classic American cottage style. This type of home design migrated from England to the United States, maintaining its symmetrical design and central chimney. Cape Cod-style homes feature a steep roof to keep snow from accumulating, dormer windows for added light, wood siding and shutters to keep the heat in, and hardwood floors for comfort and practicality.

This style of house is prevalent in the northeastern part of the United States, commonly found in the New England region. 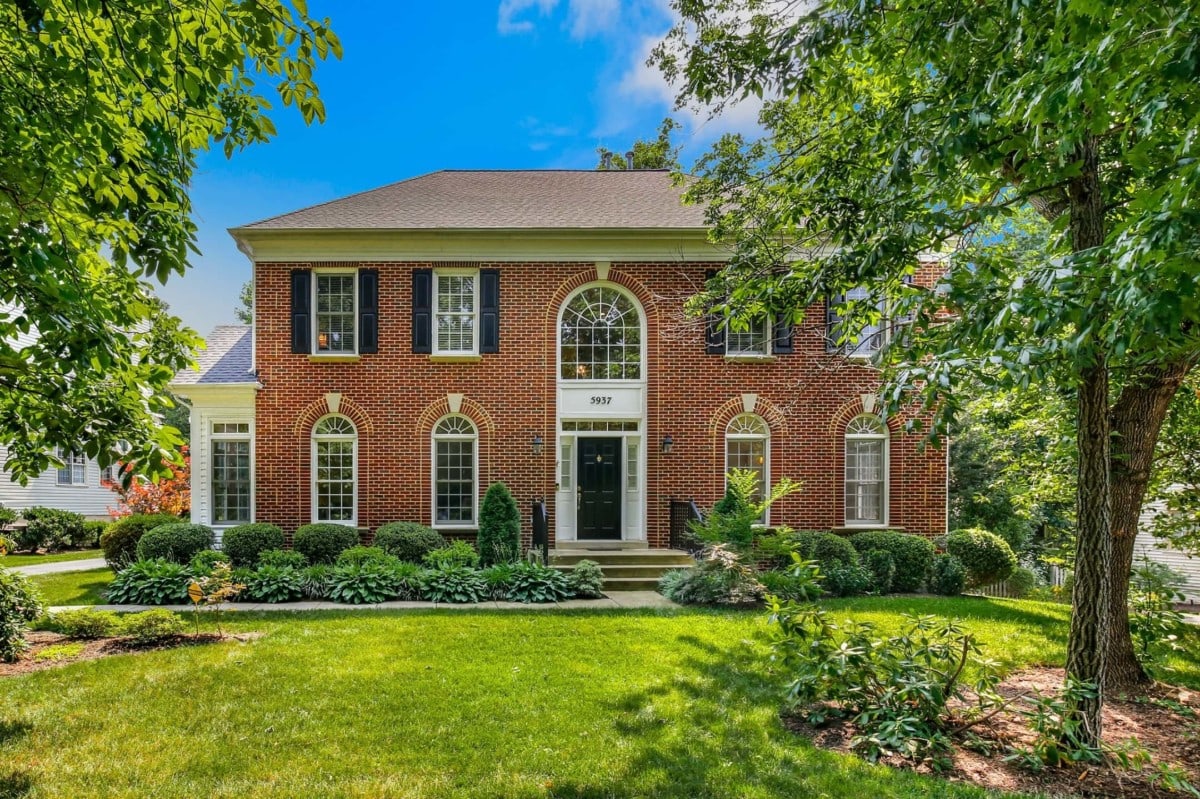 Dating back to 1876, East Coast architecture has maintained its allure in many parts of the United States. These classic homes are known for their old-world charm, decorative doorways, and symmetrical window placement. Many colonial-style homes will have two or three stories, fireplaces, and brick or wood exteriors. Originating in the 15th century during the reign of the House of Tudor, this style of house is fairly easy to identify with its unique features. Tudor-style homes typically have a combination of brick, stone, or stucco exterior and decorative half-timbering on the second story to create the well-known striped exterior. They also feature a steeply-pitched roof, cross gables, and tall, narrow windows. Today, Tudor-style homes are prominent in the Northeast and Midwest regions of the United States. Inspired by the medieval styles of the English countryside, American architects designed the cozy cottage-style houses during the 1920s and 30s. This style of house typically has a steep, thatched roof, arched doorways, shuttered windows, and a warm storybook character bringing to life old-world charm. Mediterranean-style homes are suitable for warmer climates, which is why this style of house became prevalent in Southern California during the 1920s and 1930s. Influenced by the architecture of countries in the Mediterranean region, they often have low-pitched red tile roofs, vaulted ceilings, arched doors and windows, and a stucco or adobe exterior. The floor plan is typically U-shaped, creating a central courtyard for a garden or fountain. Today, this style of house remains popular in California and Florida. The farmhouse was designed back in the early 1700s, built as housing for farmers and all about practicality. Modern farmhouses still exhibit many of the same features that the original design included, like large, wraparound front porches, clapboard siding, large fireplaces, wood floors, eat-in kitchens, and oversized kitchen sinks. Mid-century modern style is part of the modernism movement and dates back to post-World War II, and remained popular throughout the 1970s. A mid-century modern design is characterized by minimalism, clean lines, and floor-to-ceiling windows. You’ll often see open layouts, and a mix of natural and manufactured materials for the interior elements like wood, stone, steel, and plastic.

Mid-century modern style homes are most popular in Oakland, CA, Denver, CO, San Francisco, CA, and Seattle, WA, with a sale-to-list ratio as high as 131.5% in Oakland. 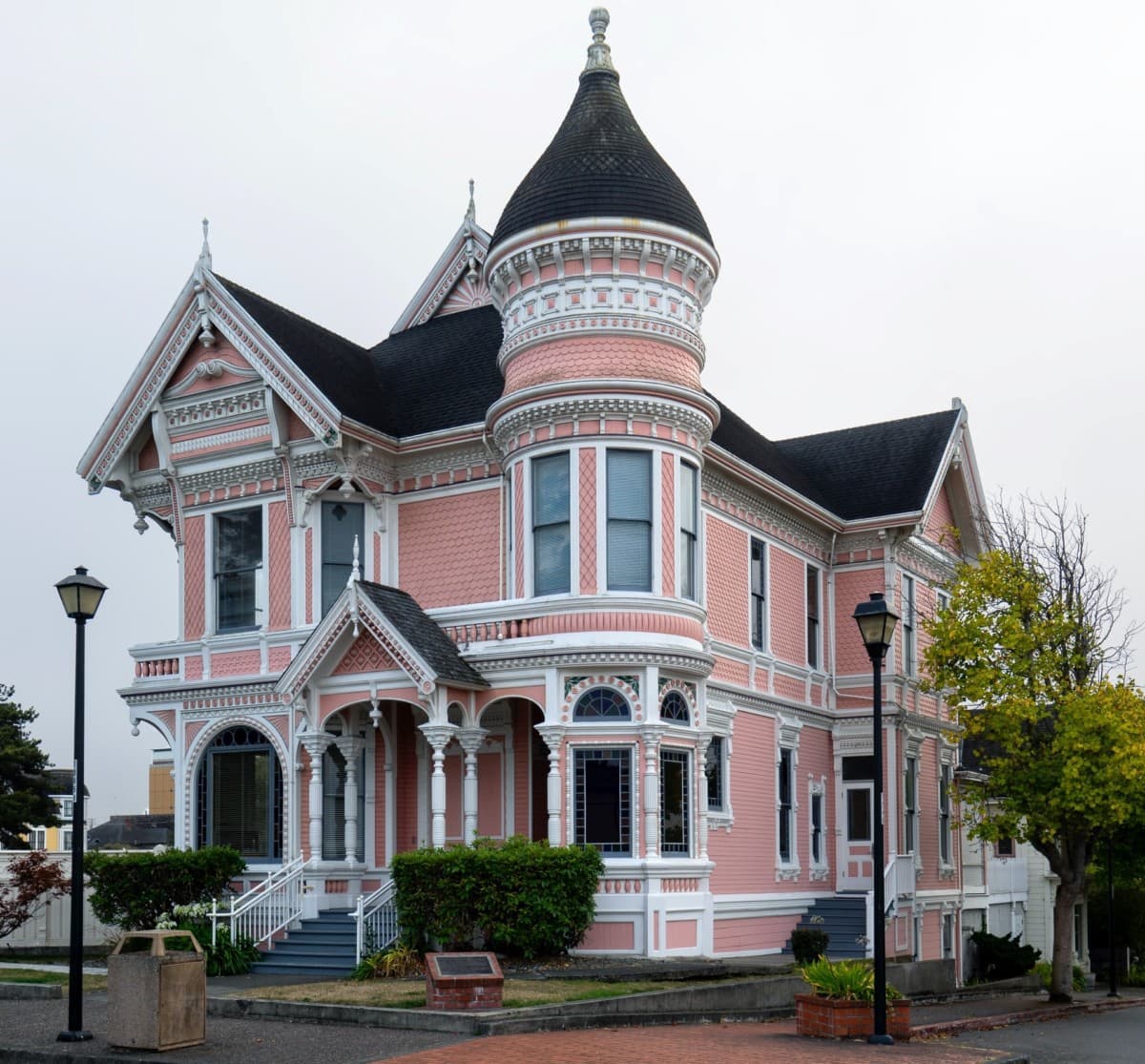 Victorian-style homes were first seen during the Victorian Era from around 1860 to 1900. This house style is best described as a colorful dollhouse with romantic and distinctive features. Victorian-style homes have elaborate detailing in just about every part of the home, from the intricate wood trim, ornate staircases, stained glass, and decorative woodwork. They have steep gabled roofs, a front-facing gable, patterned shingles, bay windows, a round tower, and a front porch.

Victorian-style homes remain popular in Boston, MA and San Francisco, CA, with a sale-to-list ratio of 98.5% and 101.1%, respectively. Originating in Europe and eventually migrating to the United States, townhomes are most commonly found across cities in the United States. With the convenience of spacious layouts, townhomes offer more amenities than the condo styles and are lower maintenance than most residential homes. They’re typically two or three-story homes, usually sharing one or two walls with adjacent properties, and a rooftop deck to enjoy sprawling views.

Home styles with the highest sale-to-list ratio in the largest 12 US metros:

*Per home trends listing data on Redfin.com, as of May 2021

Individual results may vary. This is not intended as a substitute for the services of a licensed real estate agent, or licensed and bonded home services professional or appraiser.

3 Reason’s We Are Not in a Housing Bubble

Knowing how to safeguard your home from a storm is essential, and taking simple precautions can help save it from a lot of damage. Check out these 6 tips on how to prepare.

Should You Buy a House with Popcorn Ceilings?

There are many variables that homebuyers, especially first-time homebuyers, must consider when purchasing a home. Factors such as location, schools, finances, the style of the home, and yes, whether the house has popcorn ceilings. Popcorn ceilings shouldn’t be a deal-breaker, but it is one more variable to consider and what to look for when buying …

Should You Buy a House with Popcorn Ceilings? Read More »

The post Should You Buy a House with Popcorn Ceilings? appeared first on Redfin | Real Estate Tips for Home Buying, Selling & More.

We're currently offline. Send us an email and we'll get back to you, asap.